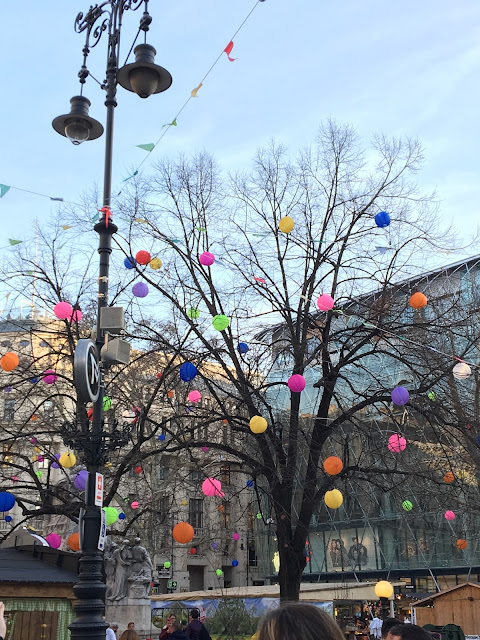 Dressed in our rain coats and sandals (well who knows how to predict the weather for a spring city break?) ten of us hopped on a plane to Budapest for a birthday celebratory week. We had planned a week of walking, sight-seeing and of course EATING. For me, the best holidays are filled with food. I’m not one for an all-inclusive – I prefer to gather food from around me, visit local supermarkets, markets and cafes and wander the city with a bag full of bread, just in case. You may not think of Hungary is the best place for the group of us: two vegans, three vegetarians, three pescetarians and two pretty-much-vegetarians. As our free-walking-tour guide told us, Hungarian diets consist of ‘meat, calories and calories’. We were thrilled, therefore, to learn that Budapest, like so many other European cities, is progressive and modern with loads of food options for all kinds of diets and lifestyles. We turned corners to find a vegan bakery here, a fresh food market there and were able to sample some of the local dishes like goulash (veggie style).

There was one place in particular that we revisited several times over the week: ‘Las Vegan’s’! This burger truck was tucked at the end of a beautiful street food market and served six kinds of vegan burger as well as fries and smoothies. 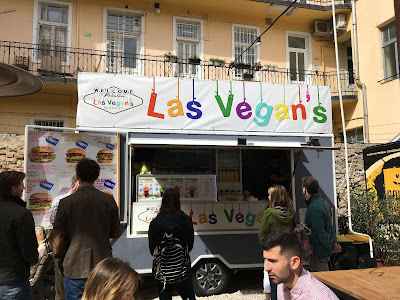 Over the week I had the Carrot Burger, Forest Burger and Indian Chickpea Burger. You could also order ‘naked’ with fries instead of a bun for a gluten free option. 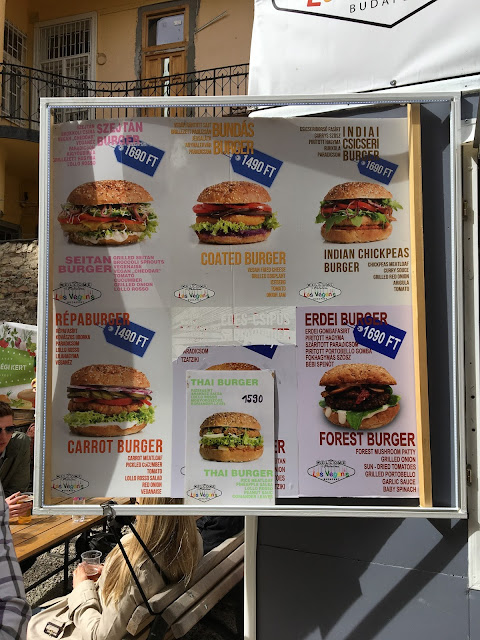 Also at the food market were vendors selling langos (deep fried dough with grated cheese for some reason), stone baked pizza, thai food, goulash, beers BUT ENOUGH ABOUT THEM, HERE’S MY DELICIOUS BURGER: 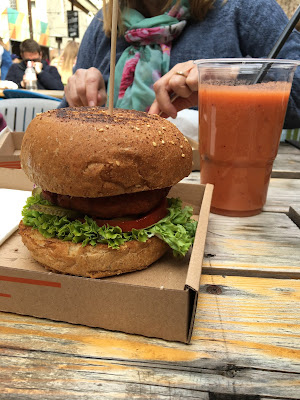 I was disorganised and didn’t bring reusable cutlery or a cup with me but the trays were cardboard, the cutlery was wooden and the plastic cups were made from corn and were compostable! Be still my eco-warrior-vegan heart. 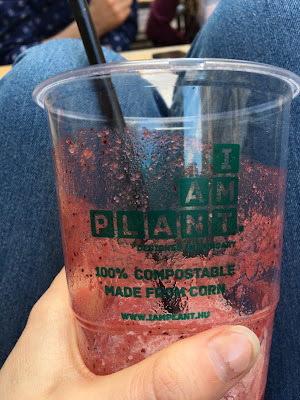 The ruin bars were spectacular both during the day and at night, offering a great range of cocktails, beers and wine whilst you sat in the back of an old car or in half a bath for some spectacular reason. 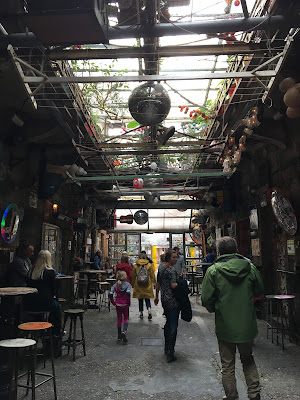 In one of the bars there was an ‘abandoned tech’ room where a switch board operated a tangled collection of screens, radios, hair-driers and fans that hung from the walls and ceiling. 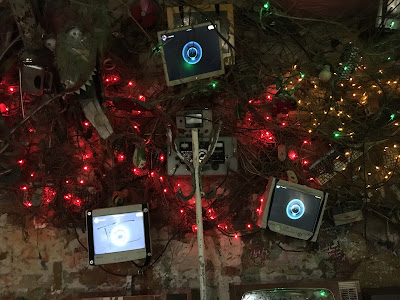 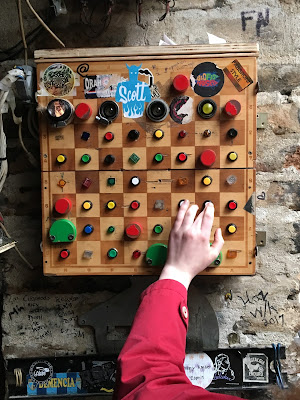 The street art was beautiful and inspiring. 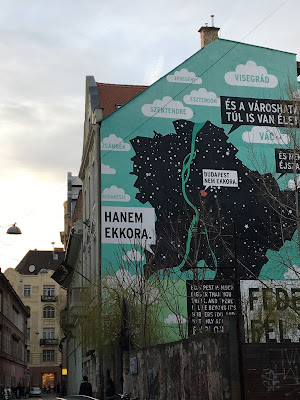 On the last day before our flight home, we popped into a little vegan patisserie called ‘Naspolya Nassolda’ for a piece of cake. Everything in the cafe was raw, paleo, vegan and gluten free and tasted great (although I might be lying if I don’d admit that they perhaps could have benefitted from a little sugar and a smidgen of gluten…) 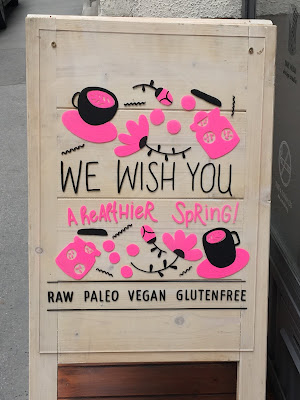 When You’re Feeling Low: Grow Something

Slowing Down at the Allotment for Fathers’ Day